We tried this recipe over the weekend to have something to go with our steaks.  It was really delicious.  The sesame seeds give it a nice nutty flavor that pairs well with the mellow taste of the cucumber.  The came from Cooking Light Magazine – May 2011 issue.

We toasted the sesame seeds over medium heat in a skillet.  They turn light brown and smell a bit like popcorn when they are done.  We added about 2 tablespoons of balsamic vinegar to sharpen the taste.  The recipe also calls for the cucumbers to be de-seeded.  After slicing them I cut them in half but left the seeds. 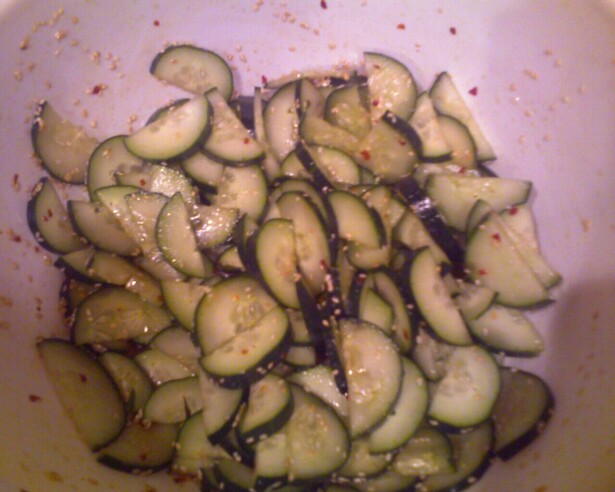