Saturday morning I was off running the usual errands and just happened to be at the grocery store when hubby called.  He wanted me to take his Mom out for lunch.  Apparently his sisters had come by the house the night before and had taken hubby’s Dad with them, claiming that they could take better care of him for a while than hubby’s Mom could.  His Dad’s health has rapidly been deteriorating the past couple of months.  He is diabetic as a result of a kidney transplant he had a few years back.  The anti-rejection medication also causes him to lose his memory.  Early last week he went into diabetic shock which earned him a night in the hospital for observation once they got his blood sugar levels back to normal.

My Mother-in-law, who is of sound mind had no say in this matter of the removal of her husband and was understandably upset.  While I will save any further comment on this matter I will say that I felt very badly for her.  My own parents are younger but even still, I would never think of making decisions like the one my sister-in-laws made for them, but thats how we roll in my family.  Anyhow, I picked up my MIL and we drove downtown for lunch.  I had her choose between a Southwest or a Greek restaurant (she chose the Greek which really should have been a no-brainer).  I listened to her talk about her disappointments and also her fear of losing her husband.  Their 50th wedding anniversary will be next March.  She told me that she didn’t think that her husband would be around for it.

I thought this very sad and how here I am only married for 5 years and I can’t even fathom being married that long.  I remembered a few Christmas’s past when my MIL had to go to Mexico for her brother’s funeral.  My FIL wasn’t able to attend because the passport laws just went into effect and he hadn’t gotten his yet.  I remember him sitting solemnly at the table Christmas Day telling me how much he missed his sweetheart.  We should all be so lucky to know that kind of love in this lifetime.

This was also a reminder to me to call her more often for lunch.  I dropped off a much more relaxed lady than I had picked up.

Sunday morning I had arranged a breakfast for about 10 people at a local farm restaurant.  A girlfriend of mine was back visiting from Singapore where she is now living.  It was a blast catching up with her.  We reminisced about our girl’s weekends in Bisbee, AZ and everyone laughed over our adventures and misadventures as we recalled them.  She brought me a few interesting gifts back from Singapore.  Here they are:

Pictured here is a Singapore beverage bag.  If you were to order, say, a Diet Coke at a take out place, it would be poured into this bag and you would be given a straw.  This bag is full of candy from Singapore.  I sampled a few and one tastes like a Kit-Kat bar but way better.  The other was a hard candy flavored like a fruit soda.  It even fizzed a bit.  Here is the most interesting item in the bag: 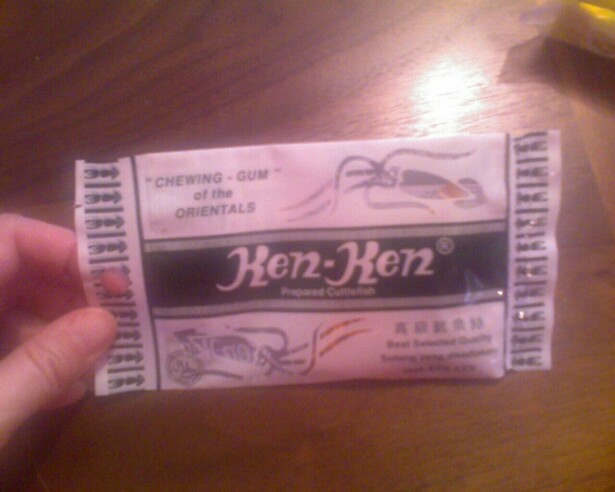 This is actually cuttlefish chewing gum.  Somehow I don’t imagine popping one of these babies before heading into a client meeting.  😉

Next year I want to go to Singapore.  Its been a long time since I’ve had a real adventure.  The last time was almost 10 years ago when I sold pretty much everything I owned, said goodbye to my family and boyfriend, and drove to Arizona.  I’m due.

Finally, the weekend ended with a hike at North Mountain.  Here is a shot of the moon rising. 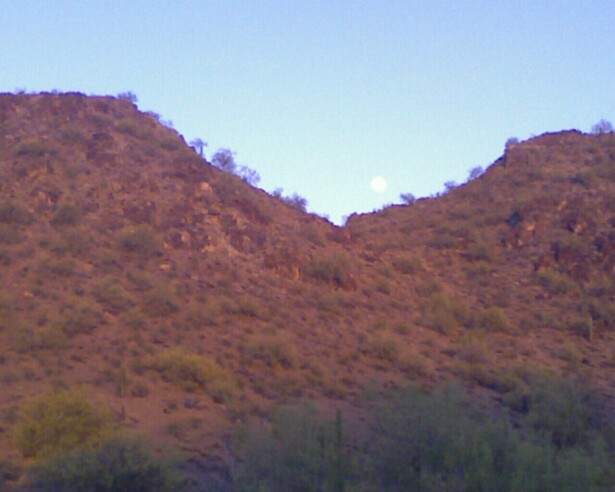 Have a good week, all.

13 thoughts on “Monday? How did that happen so soon?”